Samuels Public Library lives in the heart of the community it serves, bringing people, organizations, information, and ideas together. Located in the town of Front Royal at the foot of the Appalachian Mountains and near the convergence of the two forks of the Shenandoah River, Samuels Public Library can trace its roots to 1799 when the Front Royal Librarian Society earned its charter and became the second subscription library in the commonwealth of Virginia. The library persevered through wars and the Great Depression until, in 1952, Dr. Bernard Samuels donated a building to the society and the library changed its name to Samuels Public Library. 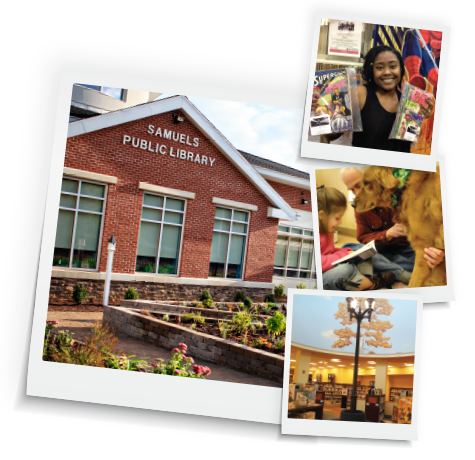 Since then, the library has continued to grow and expand in order to best serve the citizens of Warren County. In 1976, Dr. Samuels’ brother, Walter, left a bequest to the library that allowed it to move into a new facility. Evolving technologies prompted another move in 2009, this time to a new, modern building that accommodates more than 151,000 print and digital items, 42 computers for public use, meeting and conference rooms. Most recently, the love for Samuels that runs so deep in this community was best exemplified by the generous gift of Mrs. Norman Upchurch to create a spectacular children’s garden (pictured above) inspiring individuals, clubs, organizations, and businesses to donate funds, plants, time and sweat equity to bring her vision to life! Last year, 19,461 people – more than half the population of Warren County – attended programs at Samuels Public Library, which won the 2015 Nonprofit of the Year Award from the Front Royal/Warren County Chamber of Commerce. 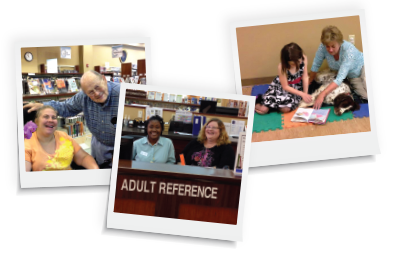 Samuels Public Library implemented The Library Corporation’s Library•Solution automation system two years ago to streamline day-to-day operations and give its more than 24,000 card-holding patrons powerful, customized tools to explore the library’s rich catalog. TLC is proud to partner with Samuels Public Library as it continues its community-building mission in the scenic Shenandoah Valley